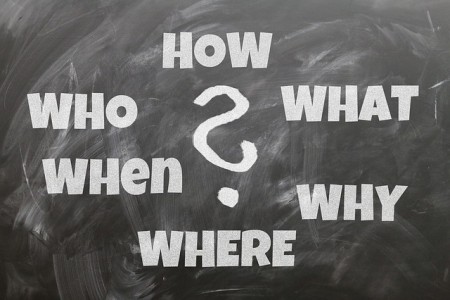 You hear them all the time, every day from Today to Newsnight. Politicians going for a spin…in Little Richard’s immortal words “slippin’ and slidin’”.

What they don’t understand is that we can spot exactly how they try to avoid questions, we know instinctively what they are up to, we know their game. And yet they still try to sidestep in their clumsy way, either by ignoring the question altogether (easy to spot), by “subtly” answering a slightly different question (all too obvious, especially if the interviewer is on his/her toes) or by attacking the interviewer’s question head-on (dangerous, likely to cause bloodshed).

Why do they keep on doing it? It’s not an easy question because quite a few politicians (how many fingers have you got on one hand?) are intelligent and nimble-witted. Yet even those few believe they can get away with it, clearly under the impression that ole Abe Lincoln had it wrong – “you can fool all of the people all of the time”.

It is insulting, it is a waste of our time, and in the end it is as damaging to the image of politics as MPs’ expenses. Ask any member of the public why they distrust politicians and the answer is invariably – “Because they don’t answer the questions”

So here is an idea for politicians to consider. Why not be more straightforward? Instead of avoiding the question, why not make it clear why you are not prepared to answer it? Why not alert the audience to the interviewer’s own tricks? A few possible examples –

“I’m not answering that because you would simply turn my reply into a negative headline, and why should I hand that to you?”

“I know you want a black-or-white answer because that will provide you with the best story. But it’s not as simple as that, and I don’t intend to over-simplify it for your sake”

“You can try to put words into my mouth, but I’d rather choose my own words”

“That is the same question you have just asked me. What you’d like me to do is change my answer, but I don’t intend to”

The truth is that most politicians can quite ably and quite adequately answer most of the questions they are asked. The other questions – those that are setting out to trap them, trick them or push them into commitments they cannot make – should be exposed as such.

Nobody objects to politicians explaining and pursuing their party line. What sticks in the throat is their arrogant belief that we are fooled by their cack-handed evasion.