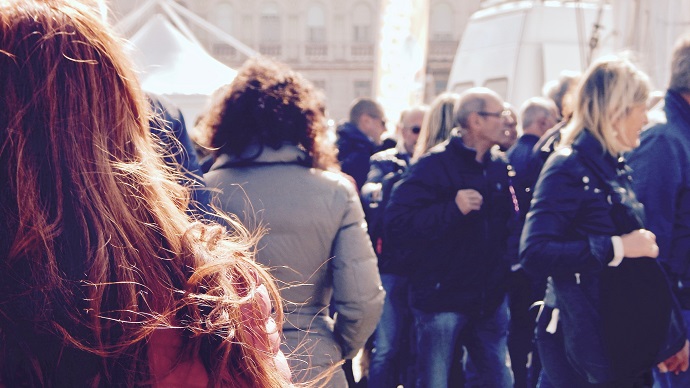 Brexit is non-stop. Daily we are engulfed by an avalanche of proposals, counter-proposals, Chequers plans and no-deal scenarios. We are told of customs unions, free-trade agreements, deadlines looming. Acres of newsprint and hours of broadcasting are devoted to trying to explain what is happening. Business correspondents beaver away, finding fancier and fancier ways of getting the statistics into our reluctant heads. And all the time, it seems to me, we are missing the one ingredient that would make this stodgy serving more palatable.

These are human beings who make the world work, the men, women and children whose lives and livelihoods will be affected, whatever the final Brexit decision. We should be hearing from them for two distinct reasons – firstly, they are the ones who stand to gain or lose and therefore deserve to be heard, and secondly, it is through them, their opinions, their hopes and fears that we can begin to make sense of what is unfolding.

Who, then, should we be listening to?

Consider the question of the Irish border. We have heard from the Irish prime minister on the subject, we have listened to the British prime minister and we have been harangued by the French president. So we know their respective positions. What we do not know is what that decision will mean to those north and south of the border and how Brexit might change their lives.

Now let’s hear instead from the Irish fisherman who catches Dublin Bay prawns – the best in the world, according to Rick Stein – and drives them twice a week to restaurants north of the border. What will the border controls, the delays, the paperwork mean for him? And how much will this extra work raise the price the restauranteurs have to pay for their prawns? These are real people who deserve to be heard, and their experiences will start to bring the whole subject into sharper focus.

A word of warning, though, for all those news editors who might react by ordering another set of vox pops on the basis that these are “real people”. Yes, they are, but they are also just random voices unlucky enough to be button-holed by a reporter and cameraman. They have no relevant experience or expertise to offer. Why should someone on their way home from a shopping trip to Tesco be worth listening to?

In complete contrast, someone at the centre of a disaster or tragedy can convey horror or fear in a way that a bare recital of casualties cannot. Survivors of the Genoa bridge collapse in August were uniquely and tragically able to capture the terror of that day. Valentina Galbusera, a hospital worker, was queuing in traffic on the bridge when it began to collapse. “It was pouring with rain….I saw the pillars of the bridge collapsing. A truck had stopped before the gaping hole. A young man left his car and started running….I got out of my car as well. there was a little girl in the middle of the road screaming ‘the bridge is going down’. I ran like Usain Bolt until I was safe. It was a miracle I survived”. Nothing more is needed.

It is difficult to think of any form of communication that is not enhanced by including a human element. News stories acquire flesh and blood when seen through the eyes of those directly involved.

In 1984, at the height of the miners’ strike, I was tasked by a hopeful news editor to convey – somehow – the bitterness of the dispute, in particular the way it was dividing mining communities. I had one contact in the Derbyshire village when I arrived, the wife of a miner whose husband was defying the pickets and continuing to report for work. To my relief, she agreed to be interviewed. We set up the camera in the back garden of her bungalow and she began to describe her struggle to put food on the kitchen table. Not long into the interview, shouts could be heard from the road outside and a dozen wives of striking miners began to hurl abuse at my interviewee. The camera kept running but, wisely, she retreated indoors and the interview was over. However it was enough. The voices and the passion and the bitterness of those caught up in the dispute was conveyed clearly in the report on the Nine O’Clock News that evening, in a way that not even the words of miners’ leader Arthur Scargill or PM Margaret Thatcher could match.

Corporate messaging in the same way will invariably benefit from a clear recognition that people not only matter but often bring issues and problems to life. For example, anyone struggling to explain to a general audience some complex process or product should illustrate it by using an example involving people. People – us – understand people, and the result is often a light-bulb moment for the audience. Expressing an issue in terms of people can often reduce the incomprehensible to an explanation that we can all share and grasp. One well-chosen case study is often enough to penetrate the fog of vague or dull information.

On a recent media training course involving cyber security, one participant was struggling to explain the increasing use of automated cyber attacks until he tackled it in human terms: ”The bad guys don’t just knock on the door of each company individually”.

Whatever the subject, it will almost inevitably involve people, and those delivering corporate messages must recognise that. Rail companies must talk about “passengers”. Drug companies must mention “patients”. Educationalists must focus on “pupils”.

Meanwhile the arguments rage across Europe over a decision that’s going to affect millions of people, perhaps for generations to come. We made that decision on June 23 2016, the day of the referendum. In that moment, people spoke and were heard. But since then, silence. No attempt to tell us, in terms we can understand, what that decision might now mean for us individually. All the time, in all the talking, people feel alienated, sidelined and ignored.