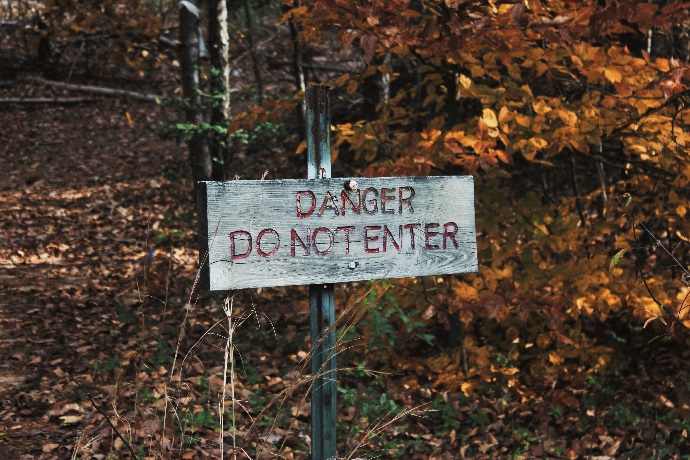 When being interviewed, many spokespeople choose to ignore the question being put to them by the TV or radio news presenter and answer a different question instead – one they would prefer to answer.

Firstly, it says to the viewer or listener that the interviewee is deliberately trying to ignore the question put to them.

So, even if you get a question you don’t want – one that is hostile, negative, controversial, inflammatory or even personal – don’t try to get away without answering it. Dodging the question is one of the worst tactics to use in an interview. At least give some kind of reply before moving back to where you want to be.

What do you do, however, if you receive a question during a TV or radio interview that might possibly take you into an area where you should not be going?

For example, you might receive a question that is beyond your area of expertise.

Let’s say you work for an international charity that is deploying several teams of aid workers in a particular country following a major earthquake.

You are responsible for helping to set up a network of water supplies to vast areas of the country where water has been cut off because of damage to dams and pipelines caused by the earthquake.

You are being interviewed about this on a TV or radio programme in the country where your organisation is headquartered, before you join your fellow aid workers on the plane out to the country that has been affected.

The first couple of minutes of the interview are, as you expected, taken up with the whole issue of water supplies. The interviewer questions you about exactly what you’ll be doing on the ground to try to help the local authorities restore supplies. Having taken part in similar aid operations in other countries during your career, you are well placed to give an authoritative account of what you and your colleagues will do when you hit the ground.

Then comes this question from the interviewer: “And exactly what will you be doing when it comes to restoring medical treatment for thousands of residents whose local clinics and hospitals have been destroyed by the earthquake?”

At a moment like this, a couple of things often go through the mind of an interviewee.

“Oh my God, I’m now being asked about something that is not my department. My colleague, Bill, is responsible for medical services in countries facing a national emergency. Not me.”

“Even though I know very little about medical supplies, I’ve got to say something, otherwise I look an idiot.”

Both thoughts smack of panic taking hold in the mind of the interviewee. It’s a panic that is totally unnecessary.

At a moment like this you do not need to have a meltdown. Yes, the question is taking you into an area where your degree of knowledge and expertise might be only minimal, compared to what you know about your own area, namely water supplies.

Be honest about this. That’s the best tactic to follow at such a moment. Explain to the interviewer, and through him or her, your audience that the provision of emergency medical services does not come under your area of responsibility at the NGO.

A perfectly respectable answer would be along the lines of: “I am responsible for tackling the interruption to water supplies. My colleagues in a different department will be looking at what to do about people who are sick and who, following the earthquake, do not have access to a hospital or a local doctor. I’m sure they can provide you with full details of how they’ll be putting their programme into action.”

If the journalist insists on pressing you even more about medical services, don’t be afraid to hold that line in the sand. Simply repeat the fact that medical support does not come within your area.

That said, it’s always a good idea to have a little bit of information to hand about what other departments in your organisation are doing. Even if it’s just a very brief overview, relaying this avoids leaving the audience with the impression that the left hand of your organisation doesn’t know what the right hand is doing.

Criminality or breach of regulations

Another area of questioning where you need to be on the lookout is if a story breaks involving criminality, breach of regulations or something similar affecting the organisation you work for.

You are the country manager of a multinational company, whose headquarters are in one of world’s global business centres. In the country where you’re based, police carried out a dawn raid this morning on your company’s office in that country’s capital. As the raid comes to a conclusion and the police teams are leaving the company office, the police commander in charge of the raid goes in front of the television cameras to announce that several computers have been seized and several arrests made of senior company employees, all based on information obtained by the police suggesting that a major money-laundering racket was being masterminded by a small cartel of company staff.

When you, the company manager, leave the building later in the day, the media are still camped out there. You cannot avoid confronting the TV cameras, the TV and radio journalists, the press and photographers.

At a very difficult moment like this, there are two important words to remember, and they are Latin words – sub judice. This is a phrase that’s embedded into the mind of every journalist at a very early stage of his or her training. Essentially, it’s a warning note about what you can and cannot say when a police investigation is underway or a trial is being held.

It’s a phrase that spokespeople should keep in mind too.

If you are the country manager facing the media in a circumstance like this, you are perfectly within your rights to tell the journalists that, “A police investigation is underway and we await the outcome of that inquiry”. You don’t need to be sucked into giving away details of what took place inside the office, who has been arrested and what might have been on the computers.

All it takes is for you to say something like, “The three colleagues arrested have often been seen hunched together around the same computer screen” and the media have a real story. That’s you, the country manager, in effect confirming that a cartel of money-launderers was frequently seen doing their dirty work inside your office.

The same approach should apply if your company finds itself engulfed not by a police investigation into a scandal but by an inquiry on the part of a local regulator.

Let’s say you are the director of a financial company that has been reported for giving misleading information to the public about financial investments. The local financial regulatory body has announced that it’s carrying out an inquiry into the way in which you informed the public about your products.

It would be perfectly acceptable for you to simply state that, “An enquiry is underway and we await the outcome of the regulatory body’s findings.”

That’s not to say that in either of the above examples you don’t need to have a comprehensive set of messages to hand when the police investigation or the financial authority inquiry has ended and the findings made public. In the meantime, however, it would be foolish, if not inappropriate, for you to allow yourself to be sucked into answering questions on issues where, at this stage, you don’t need to go.

There is another way in which an interview might stray into an area where you do not want to venture or where you are in the dark.

Let’s say you are the financial director of your company in the South Korean capital, Seoul. You’ve been invited onto Breakfast News to be interviewed about your company’s quarterly results. Your taxi to the studio will be arriving at 6.30 in the morning, which means an early start for you. Consequently, you take to your bed at 10 o’clock the night before. While you are sleeping, news breaks during the early hours of the morning that, notwithstanding his more emollient remarks recently about denuclearisation, Kim Yong-un has launched another missile that headed over Japan and landed in the sea just short of the United States territory of Guam.

Having questioned you for three or four minutes about your financial results, the interviewer might well throw in a question or two about the missile launch – something like, “How does the renewed nuclear threat from North Korea overnight threaten economic and business stability in South Korea?”

Having been asleep all night, and not turned on your radio this morning, you were unaware of the missile launch. Admitting this live on television can backfire. “Should this man be running a financial institution when he is so out of touch with what’s going on?” might be the reaction of some viewers.

So, no matter how busy you are, no matter how many hours sleep you need, no matter what remote part of the world you might find yourself in, always monitor the news media in the hours before you do an interview. You just need to check what news is out there that might possibly have some relevance to your company and might therefore be raised in an interview.

Were I the South Korean television interviewer conducting the interview above, I would not have waited three or four minutes going through questions about your financial results. A question about the missile launch would have been my first question as it’s far more newsworthy.

You have to be prepared for that.