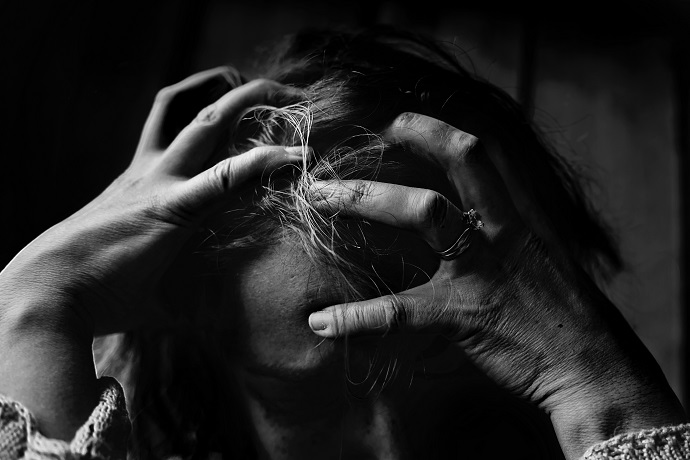 When taking part in one of our media training programmes, some course participants tend to be overly self-critical about their performances.

This is particularly the case when it comes to television or radio interviews when they see themselves on a TV screen or hear themselves in front of a radio microphone.

When we play back an interview they have just done with one of our tutors, in order to review it and give them feedback, the participant might react nervously or with embarrassment. They might then mock themselves in front of their colleagues.

Obviously, if there are any aspects of the interview where there could be improvement our tutors will point this out in a constructive way, without any embarrassment whatsoever for the participant in question.

However, there are moments when a participant sees something about him or herself that the tutor has not spotted and which makes them feel very ill at ease.

One reason why this happens is, in my view, the negative effects of social media.

In today’s world, everybody has to be 100% perfect. Anything that might detract from a 100% rating of a particular individual can result in fewer “likes” and possibly a vitriolic attack by tweeters and other social media users.

As a result, many people are very nervous about how they are perceived.

One of the main concerns participants have is that they use the words “err” and “um” too often.

This is very rarely the case.

I cannot recall the last occasion on a media training course when I reviewed a participant’s interview and pointed out that they were “erring” or “uming” too frequently.

These two words are a natural part of everyday conversation. Everybody uses them as part of the way they speak. There’s nothing wrong with this.

Obviously, if these words are used too frequently, they become a distraction. As I mentioned above. I have rarely witnessed this.

So, let’s say an interviewer puts the following question to you: “Why is your company sacking 80 people?”

You reply with the words: “That’s because, um, we are relocating our factory to China where we shall pay lower taxes and be subject to fewer regulations.”

The one “um” in that sentence has not interrupted the flow of the interviewee’s words. It doesn’t distract the viewer from what the interviewee is saying.

If the answer to the question had instead been these words, then things would have been different:

“That’s, err, because, um, we are, err, relocating our factory, um, to China where we shall, err, pay lower taxes and, um, be subject to fewer regulations.”

That reply would indeed be a distraction. The viewer would have come away with the impression that the interviewee was feeling very nervous and uncomfortable and would not have paid much attention to exactly what was being spoken.

As I said, that rarely happens and, therefore, participants should not pay too much attention to the occasional use of these words.

There is, however, one word that has become a linguistic epidemic. Too many people these days have to start a sentence with the word, “So”.

Let’s assume a health official is being interviewed about the effects of alcohol on our health. The interview goes as follows:

Interviewer: “Why should we be increasingly concerned about alcohol damaging our health?”

Health official: “So…that’s because the consumption of alcohol, particularly among middle-aged people, is on the increase.”

Interviewer: “How many glasses of wine should we drink a week.”

Health official: “So…health studies have shown that five glasses a week should be enough.”

Interviewer: “To what extent can we rely on these studies?”

Health official: “So… the studies have been conducted by fully independent research bodies with a high reputation.”

Interviewer: “Can you tell me how many glasses of wine you drink a week?”

Health official: “So… I have no more than two glasses a week.”

By now, as a viewer or listener, I’m not listening to a single thing this health officially is saying. I’m just becoming increasingly irritated by how he or she starts every sentence and am wondering what sort of robotic, office linguistics has led to this.

So (oh no, I’ve lapsed into that dreadful word myself…that’s how infectious it’s become) while the occasional “err” and “um” is perfectly acceptable, the non-stop repetition of “So” is boring to say the least.

Another aspect of being interviewed that can concern some media training participants is when they have to do this using a second language, particularly English, which is after all the most-used international language.

Let’s say you are from Bulgaria, Japan or Brazil and an international TV station is interviewing you, for example Sky News, the BBC or CNN.

The first thing to say is that, from my experience as a journalist and a media trainer, most people who are put up to do an interview by a major company, international organisation or NGO speak excellent English. Their concerns about conducting an interview in English are therefore unnecessary.

Nevertheless, some interviewees do feel a little uncomfortable. This is for two reasons. Firstly, they are concerned that they will make mistakes while speaking English. Secondly, there is the fear that they will not express themselves as fully as they could if they were speaking their own language.

Here’s another example of when it’s not necessary to be so concerned.

Despite this, no matter how well qualified you are in speaking English, it’s always a bit daunting.

The first thing to bear in mind, therefore, is that the vast majority of the audience watching you on television or listening to you on the radio will not be conducting a personal language test of how you speak English.

One reason for this in the United Kingdom is that the teaching of foreign languages in schools is now so diminished that most people in the country grow up amazed at anybody who might do an interview in a language that is not their own.

In other words, your TV audience are not out to get you simply because you might make a mistake.

Furthermore, it’s no big deal if you do make a linguistic mistake while speaking in a second language.

It’s also important to understand the best way to deal with a moment like this.

Supposing you are being interviewed about some new legislation that your government is proposing to introduce that will affect your company very detrimentally. The interviewer puts the following question to you:

Interviewer: “To what extent is the government planning to introduce this legislation simply to comply with directives from the European Commission?”

You reply in English with the following words:

“I think that’s exactly what is happening. The government of this country, in its dealings with the European Commission, is proving to be far too submersible…sorry, I mean…”

At this point, the interviewer, acting in a helpful, non-aggressive way, will most probably step in to assist you by suggesting that the correct word should have been “submissive”.

Halfway through the interview, what you regard as your very poor English has had to be corrected by your interviewer. In other words, it’s a nightmare moment for you.

That’s not how most viewers will see it. For them, it’s just a minor slip-up by the interviewee. Again, it’s no big deal.

That’s why, if this happens to you, you do not need to have a meltdown. Treat it as a very light moment, almost a humorous lapse by you. You don’t need to go into a grovelling apology. Instead, brush it off with a smile and a remark that will take your audience with you, for example, “Clearly I should have spent an extra year at school learning English”. While having a laugh at yourself in this way, make sure you are seen to be smiling as well. Follow this approach and, in the mind of the viewer, the entire moment is a non-event.

You’ve taken your audience with you. They like you.

Then there’s the concern that some interviewees have that they cannot express themselves as fully as they would like to because they are speaking in a language that is not their own. If English is your second language, then to me that’s a bonus not a negative.

That’s because the English language, particularly corporate language, is now so ridden with jargon as to be unintelligible to the public. Phrases like “stakeholder engagement”, “capacity building” and “point of sale” are junk language that means very little to the average member of the public. If you can avoid using phrases like this, because you are not familiar with them as English is your second language, then frankly you’re better off.

All in all, therefore, as an interviewee you do not have to worry about minor issues. The occasional “err” or “um” doesn’t matter. A sudden glitch when using a second language is no problem whatsoever.

On a media training course, or if you’re being interviewed live on TV or radio or by the press, the more important aspects about yourself to look out for are:

Do I know what I want to say in the interview and have some clear messaging to convey?

Can I get across my messaging in a way that the audience understand?

These are the bigger issues to consider before you go in front of a, err, journalist.