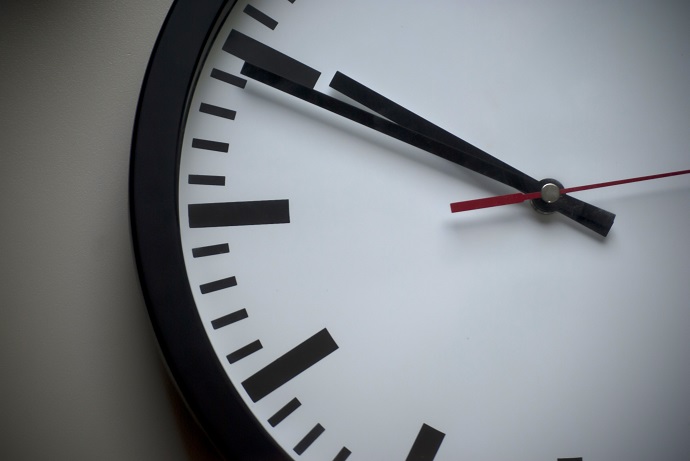 In years long ago, when television was young and black and white, a weekly interview programme called Face to Face was a must-see event. Visually, the set-up could not have been simpler. A comfortable armchair, a small table for one’s pipe, cigar or cigarette, and facing you a man called John Freeman, who had been a copywriter, war hero, Labour MP and was to become British ambassador in Washington.

He was an interviewer with a unique style. For half an hour he would question philosophers like Bertrand Russell, writers like Evelyn Waugh, entertainers like Tony Hancock, even royalty in the form of King Hussein of Jordan.

His questions were posed in little more than a monotone and often delivered with a kind of hesitancy that must have relaxed his interviewees. It was much like a conversation and apparently innocuous – “What do you remember of your childhood?” But with the interviewee’s face in merciless close-up, the questions often moved imperceptibly on to more controversial or personal ground.

However, what made the Face to Face interviews unique was their length. Thirty minutes of prime-time television, long enough for the interviewee’s guard to drop, allowing another apparently gentle question to hit its mark. Thirty minutes was long enough for Hancock and another TV celebrity, Gilbert Harding, to be reduced to tears by personal but not intrusive questions of the sort rarely heard up to that point.

It was mesmerising television, so why is there nothing like it on our screens today? Would there not be a space, a place for long-form interviews today? Has the TV audience no appetite, for example, to hear at length and in detail the views of those in power, those who should be held to account? Or those who have reached the top of their profession, whether in the arts, the corporate world or sport?

In a recent leader in City a.m., editor Christian May made a similar plea. “Somewhere in recent years, it has been decided that there is no public appetite for an intelligent, long-form TV interview – and yet we need them now more than ever.” Citing two-minute Twitter interviews and broadcasters looking for the ‘gotcha’ moment, he believes there is “an audience hungry for intelligent, conversational and forensic interviewing”.

Which was precisely the view of David Frost, who so successfully harnessed the appeal of the long-form format. As he put it, “one of the most precious of the rights that the public has is the simplest one of hearing the truth whenever and wherever it is available”. Typically pretentious, perhaps, but a clear illustration of his approach when interviewing figures of historical importance from Enoch Powell to Henry Kissinger and, of course, Richard Nixon.

Getting to the truth is often difficult, but much more difficult within the constraints of the three- or four-minute news interview. Frost’s encounter with right-wing politician Enoch Powell was a perfect example of the power of the longer interview and in the end this edition of Frost On Friday in 1968 was allowed to long overrun its allocated slot. It was the interviewer as a terrier, allowed the time to circle his prey, nip at its heels and finally move in for the kill. In this particular programme, Frost’s skill allowed him to question, pull apart and finally destroy the authenticity of a story widely repeated by Powell himself of a white woman who had had excrement pushed through her letterbox by black immigrants. Frost pushed him to explain whether he had checked the story. Powell replied: “I verified the source, and I haven’t the slightest doubt that it is typical….”. Frost butts in and, in a series of challenges, questions Powell’s lack of factual evidence, and finally leads to a deadly conclusion: “You see, you keep using words like ‘typical’, as though there’s millions of piles of excrement dropping through letter-boxes up and down our green and pleasant land. I said ‘Did you check the story?’ And you said you verified the source…..but if I say, ‘Did you check the story?’, the answer to that question is, ‘No’.”

Commentators have often noted Frost’s use of silence in drawing out interviewees. It is human nature to fill a silence, often with the result that more is said than was intended. Frost himself put it more bluntly: “You just shut up and sit back and see what might happen”. This, however, is not a weapon available to a news presenter constantly under pressure to “move on to the next item”.

It is tempting to assume that the long-form interview is simply a longer version of the sort of interviews broadcast in today’s news programmes. Nothing could be further from the truth. Just take a look at the back-catalogue of more than twenty years of Hard Talk, the long-form format that is now consigned to the early hours of the News Channel and BBC World Service. In the hands of presenters Tim Sebastian, Sarah Montague, Stephen Sackur and Zeinab Badawi, the long-form interview has become a lens through which to focus for example on those who suffer and those who cause suffering. Time after time the programme sheds a unique light on lives and achievements.

Frost himself had an unusual way of arming himself for the in-depth interview. He would begin by asking his producers and researchers to draw up a mass of questions. He would then select those that fitted his strategy for the interview and write them with a black felt-tip pen on large buff manila folders. His producer, John Birt, has described how “every square inch of those folders was crowded with information laid out chaotically and to any other reader, incomprehensibly.” For Frost, it was his way of plotting a course through an interview, in the end leading to “the king hit”.

BBC news presenter Shaun Ley, who also presents Hard Talk, stresses the need to have a clear idea of what the interview is about. “It’s so obvious, but sometimes we forget what the purpose of it is, what you are trying to get out of it”. He emphasises the importance of being prepared to tear up the script in mid-interview, realising that the interviewee is saying something more important than the original scope of the interview. “In a long interview you can see people thinking on their feet and that can be quite informative, and a successful interview may be one in which the interviewer says almost nothing at all”.

Rob Bonnet, presenter of Extra Time, a series of half-hour interviews with a single sporting figure, recalls an interview with Seve Ballesteros in 2002 when the Spaniard was going through a tough time on the golf course and papers were calling time on his career. “I suggested to him that he should retire. ‘Retire?’, he said with fire in his eyes. ‘I will never retire….never!’”. As Rob points out, that kind of intensely personal reaction only occurs when interviewer and interviewee are fully engaged, one armed with a story, the other armed with the information to draw that story out. It is most unlikely to occur in a quick-hit news interview.

The actual form of the preparation will vary from presenter to presenter. Rob Bonnet believes in having five or six areas of questioning – “if there are too many topics, the point of the long-form interview – thoughtful analysis and discussion – dissolves”. He prefers to write his questions into his notes. Whatever the method, every experienced presenter has to observe one golden rule. They must listen. Picking up the carelessly delivered message or identifying the deviation from the party line is only possible if the interviewer is listening and ready to react. The interviewer who is super-glued to a series of pre-prepared questions will inevitably produce a leaden, unrevealing exchange.

Strategy should be part of the planning. Where a news interview, with perhaps only three minutes available, must move to the crucial issue or issues straightaway, a longer interview can begin in a more engaging fashion, helping to build a picture perhaps of the interviewee before the main agenda is reached. Obviously, however, even in a long-form interview, the matter under discussion may be so momentous that any other line of questioning would seem irrelevant.

This should have been the case when Piers Morgan was granted an interview with President Trump at Davos recently. It was an occasion to savour – or should have been. An experienced journalist questioning a world leader encircled by controversy. But the tone was set even before the two men sat down. “I’ve missed you”, the President said as he walked into the interview room. Immediately one knew that this would not be a challenging encounter, and so it turned out. Morgan tentatively put forward controversial issues, only to retreat in the face of replies that often defied logic or sense. “Gun control? Tougher gun laws?” Morgan offered. Back came the presidential reply – “The problem is not guns, it is people who are mentally ill….”. By this time Morgan’s head was back in his copious notes, searching for another question to offer up on a plate. All the advantages of the long-form interview thrown to the wind.

Back when it all started, in the late 1950s, John Freeman’s interviews had a quirk which today would be regarded as eccentric. We never saw Freeman’s face. Occasionally a glimpse of his right shoulder at the bottom of frame, but nothing more. It was self-effacing and very effective. Every moment of the programme was focussed on the interviewee. It was utterly compelling….and surely would be again today.