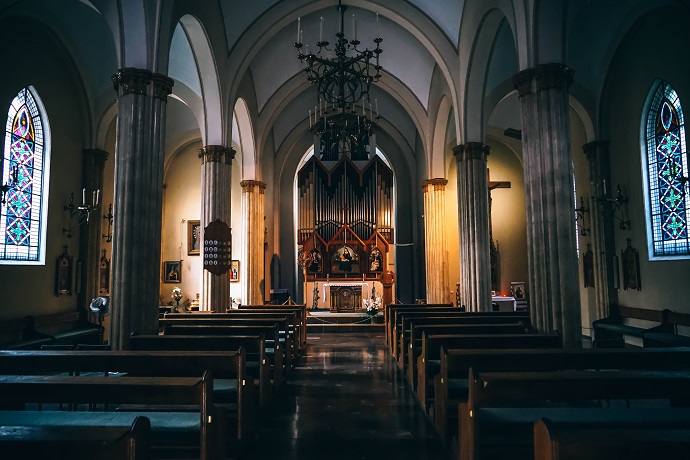 I woke up over the weekend and turned on my radio to listen to the BBC News.

I had tuned in a few minutes too early and therefore caught the end of a religious programme.

Someone (I didn’t catch their name) was being interviewed. I don’t think I have ever heard an interview in which the word “setting” was used more frequently.

The word “setting’ is an example of totally meaningless jargon that interviewees often throw into interviews.

This particular spokesperson made reference on several occasions to a “religious setting”.

Very few people use this phrase in real life.

When my fiancée and I got married we didn’t book the ceremony at a “religious setting”. We booked it at a church.

The coronation of the Queen did not take place at “a religious setting”. The ceremony took place at Westminster Abbey.

The spokesperson also dropped in several mentions of an “educational setting”.

Does any parent ever make breakfast for their kids and then say to them: “OK, kids, clean your teeth and get in the car and let’s drop you off at your educational setting”?

No. The kids get dropped off “at school”.

Similarly, after leaving school, students don’t move on to an “educational setting”. They go to university or college.

At this point I thought I would list a few examples of how the word “setting” might be used even more ridiculously:

What’s worrying about the use of the word “setting” is that some journalists are starting to use the phrase as well, not just spokespeople.

We occasionally hear health correspondents referring to a “hospital setting” or a “GP setting”.

Using language like this can suggest that the journalist in question has been “captured” by the profession or sector he or she is covering, thereby undermining their impartiality.

This being the case, perhaps journalists should re-think where they spend most of their time.

Otherwise, it won’t be long before we might overhear a reporter, perhaps out covering a major terrorist attack, say to a colleague: “OK, I’ve got all I need about this attack. I’m heading back to my journalistic setting to put the story together”.

It used to be a called a “newsroom”.