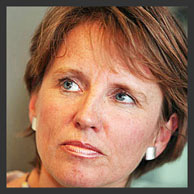 Ann Bird spent 15 years reporting for most of the UK’s national newspapers. She has been media training for 15 years.

Ann worked as a staff journalist on the Daily Express for nearly 10 years, initially on the newspaper’s City desk, handling personal finance and business stories, before becoming Health Editor, overseeing a weekly 16-page section. She was soon promoted to Executive Features Editor, in charge of the Travel and Leisure sections (Travel, Motoring, Property, Gardening, Careers and Training) of both the Daily and Sunday Express.

She has also written for many other national newspapers, including the Daily Mail, The Times, The Financial Times, The Daily Mirror, The Guardian, The Daily Telegraph and The Sunday Telegraph, as well as consumer magazines, such as Red. She also had a column in the newspaper Sport First.

She has reported from Azerbaijan to Yemen, from Russia to Brazil on a variety of stories and has interviewed Olympic athletes, victims of crime, business leaders, politicians, TV actors and pop stars.

“I’m often asked about my most memorable interview and people always expect me to mention a Premiership footballer or TV Soap star, but time and again it’s the ‘ordinary’ people with extraordinary stories who have made the best interviews. One was a woman who had given birth to a child with Downs, but to ensure he did not grow up lonely, she adopted another Downs child. Her story of how they had to overcome prejudice and bigotry was astonishing. I also once met a land mines victim in Angola, who had lost her legs and an arm and was struggling to bring up a large young family in poverty. That was a tough interview, but having to take the photos of her as well was even tougher.”