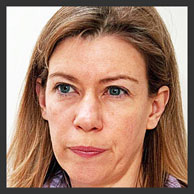 Jenny Percival has spent almost 20 years working for national newspapers and broadcasters. She has been media training for seven years.

During a decade as a political correspondent in the Westminster lobby for Sky News and The Scotsman, Jenny interviewed prime ministers and politicians ‘live’ on air and in formal interviews. As part of Sky’s award-winning coverage of the 7/7 bombings she reported from Downing Street and interviewed the then home secretary Charles Clarke.

Jenny has also worked as a news reporter for Times Online, BBC News Online and The Guardian. She has covered murders and terrorism trials, scientific breakthroughs, Royal funerals and celebrity divorces. Assignments have taken her from European summits and the World Economic Forum in Davos to run down housing estates in London.

“I’ve relished big political interviews with the likes of Tony Blair, Gordon Brown and David Cameron. I once enjoyed the double bonus of an exclusive interview and a free lift home from Switzerland on Mr Brown’s RAF flight back to London. And door-stepping pop superstar Michael Jackson in the House of Commons was simply bizarre. But the interviews I have found truly humbling and therefore most memorable were those with people whose lives were devastated by tragic events – the families who lost loved ones in the Omagh bombing in Northern Ireland and the young orphan who fled war-torn Somalia to make a new life in London.” 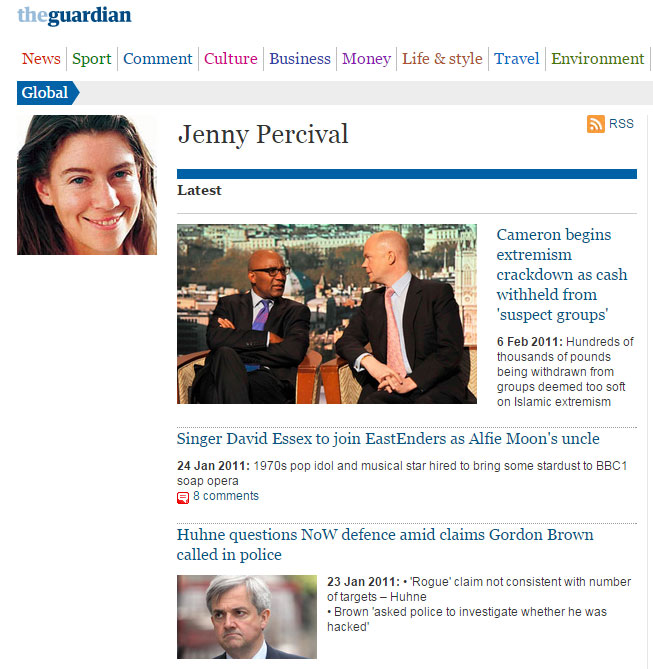