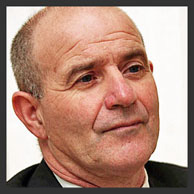 Neil Bennett spent 35 years reporting for the BBC’s national and international television and radio networks. He has been media training for ten years.

Neil’s main specialism at the BBC was covering crime, terrorism and the UK’s criminal justice system. He reported regularly from Northern Ireland at the height of the republican terrorist campaign against British government policy. He then tried to explain to BBC audiences the threat posed by international terrorism following the 9/11 attacks in the United States.

In a varied reporting career, he was also Sports Correspondent for the BBC’s national television news – covering the Olympic Games in Atlanta and Sydney and football, rugby and cricket world cups. The job was not as different as it might seem from Neil’s main focus on crime as it involved exposing the cheating and corruption in top level sport.

“It must have been beginner’s luck, because my most memorable interview was recorded during my very first broadcasting job at the BBC, in the radio sports department. Muhammad Ali was the interviewee, at a time in the early 1970s when promoters were trying to organise a fight in London against a leading British heavyweight. Ali was staying at a hotel in the US and I was the very junior and inexperienced sports producer on the overnight shift given the task of calling out of the blue for an interview. To my astonishment, I was put through to his room by the switchboard and he gave a typically witty and entertaining interview which made the highlights of the year programme. A case of being in the right place at the right time – like so much in journalism.”